This article is the second part of a 12-part series featuring snippets from my new book, The Agile Secret. Read Part 1: Living in the VUCA World – here.

When I first sat down on the fourth floor of a rented apartment in West London on a sunny October morning in 2005, I had no idea if this was going to work. I’d been a good corporate citizen. I’d done my degree. Completed my graduate scheme. Worked hard on my executive path to reach a managerial role inside the first five years of my big, fat corporate job. Then I went out and got a job agency-side, utilising my psychological training in a product-design role.

I’m not sure if I was freelance completely of my own free will. The CEO had taken umbrage with me going to a wedding in Scotland for the weekend rather than sitting at home dealing with his last-minute change of scope. When I got back from the wedding my boss tried to give me a “verbal warning”. I just point-blank handed in my notice. Busting your balls for someone who throws that kind of stuff around is one of the major downsides of corporate life. I worked my notice and gave myself three months to freelance and see what happened. With no kids and no mortgage, I only needed to clear a grand a month and I could make my rent.

So I sat with an empty diary enjoying the view. The phone rang. “Can you deliver a two-day stress-management course in Holland next week for £400 per day?” “No stress. Yes!”

I can say with some certainty, because I was there, that the employment world in the early 2000s was dominated by the belief in corporations. We wanted those jobs. We aspired to fixed, permanent contracts. Company cars. We anticipated long careers. We didn’t know then that it was the end of a paradigm from the 1980s.

Now, a radically different paradigm exists. Accurate stats for the Eurozone are notoriously hard to put together, but in the US there are now more than 53 million freelancers: 34% of the workforce, contributing approximately $715 billion to the economy. Of those freelancers, 77% say the best days of freelancing are ahead. In the UK, 87% of graduates with a first- or second-class degree consider freelancing a highly attractive or lucrative career option, and 29% say freelancing is part of their career strategy in the next five years.

In the EU, freelancing has increased by 45% in four years, making it the fastest-growing labour market. Official reporting of these statistics also underrepresents this workforce. In Spain, for example, official research shows a proportion of 15% of freelancers, whilst McKinsey’s own research yields a figure near to 25%.

But what do these freelancers want? It’s not responsibility. It’s not recognition. Just like an Uber driver, or me sat in my apartment in 2005: “Give me a defined deliverable and pay me to do it. That’s it. Don’t put me in a hierarchy or make me go to lots of meetings. Don’t offer me fancy promotions or try to tie me in. Just decide what you want done. And pay me to do it.” How can complex organisations compete with an employment form that says, “You decide when you work, where you work, for whom you work, what you get paid and, by the way, there will be no hierarchical pain, no HR and very limited organisational friction”? 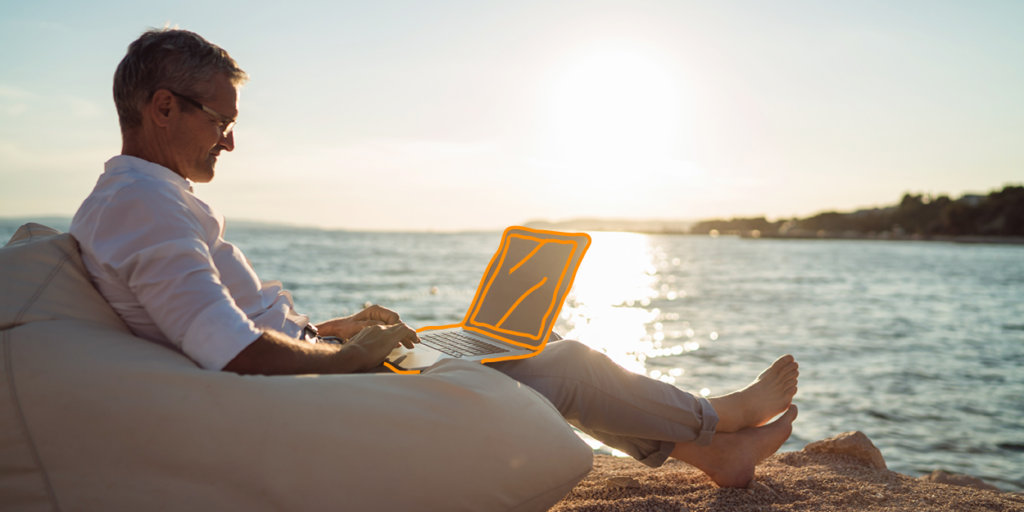 So, instead of spending time stuck in meetings or having your annual appraisal, why not go to the beach or wherever you choose? What we didn’t know in 2000 is that, whilst the industrial revolution moved much of the workforce from self-employment to structured payroll jobs, now the digital revolution is creating a shift in the opposite direction. UK predictions are that 50-80% of the workforce will be freelance by 2050.

London freelancer’s start-up YunoJuno, run by my good friend Shib Matthew, is an example of an organization that has exploited the disruption of freelance. YunoJuno matches tech freelancers with corporations doing projects. YunoJuno have 15,000 freelancers on their platform, from 30,000 who have applied. These are highly skilled workers, doing complex and high-value jobs.

The highest-paid freelancer on the YunoJuno platform made over £250,000 in a year. These are not crap jobs.

Freelancing is a seismic change. But one that complements agile – which involves breaking down complex problems into small problems, solved in sprints – perfectly. By adopting agile methods and culture, we can place these projects onto the relevant subscription platforms. Or, with the most suitable freelancers and have them solved.

The freelance revolution is also a mechanism that enables large amounts of parallel working. Because resources are scalable, everything can be worked on at the same time.

Organisations that will succeed in the next 20 years will be masters of freelance. And for successful freelance, we need digital.