This is the sixth part of a 12-part series featuring snippets from our new book, Team by Team. The only team building book ever written by the actual team. You can buy the ebook here.

Articles in this series:

Every five hours of speaking produces enough words to fill a 50,000-word book. Obviously, we don’t talk for that amount of time. On average, each of us speaks around 16,000 words a day. But in how many of these words do we actually say what we mean?
Saying what me mean is not something we are trained to do. People pleasing and not being too frank are ingrained into us from a very young age. However, there are very good reasons for us to learn how to be more assertive.

Why should we be assertive?

Assertiveness is defined as being confident and direct in dealing with others. It is a vital skill for communication. Being assertive implies the clear and direct voicing of thoughts, standing up for one’s point while respecting the ideas and beliefs of others. Naturally, an assertive tone sounds confident. Self-assured people always seem to have a defined goal that characterises their behaviour. Knowing the goal makes it easier to look beyond words and gestures and begin searching for the actual intention and meaning. Assertiveness requires honesty, directness and self-awareness, and is the middle ground between being passive and being aggressive. Don’t we all love a middle ground?
If we are passive, we might come across as shy or easy-going, leading people to think our thoughts and feelings aren’t as important. Put simply, being too passive gives others the license to disregard our wants and needs. On the other side of the scale, being aggressive can come across as having little regard for other people. In essence, being too aggressive might lead to people fearing but not respecting us. 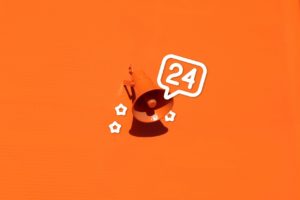 In business, assertiveness is not just part of respectful communication but a key to faster and better decision making as well as quicker and more effective actions. There are times when our assertiveness will give someone the courage to assert themselves in the face of a more aggressive person. Companies benefit from a workforce whose members are assertive and can debate as well as challenge systems, processes and concepts in place.

Creating an environment where people can express themselves freely and without fear of others increases the likelihood of more creative and productive ideas being generated. In a team of assertive people, discussion will not be led by those who shout the loudest. Instead communication becomes mainstream, leading naturally shy people to be more talkative while more aggressive team members are mediated and encouraged to be more considerate. What’s not to like?

“In a team of assertive people, discussion will not be led by those who shout the loudest.”

1. Aim for open and honest communication. Find the middle ground between passiveness and aggressiveness, sharing beliefs and opinions openly.

2. Be clear and concise so others can easily understand you.

3. Care about the opinions of others and be willing to compromise to achieve a higher aim.