I have recently come to the realisation that, to drive forward my own learning, the material I digest needs to be relevant, useful and mentally stimulating.  As an L&D professional I want to drive forward my own learning but, as a new father, I have limited time to read.  So the fact of the matter is that Lee Child is out and “proper reads” are back in.

As a student of philosophy I used to relish digging into deep and obscure books. Through the years, they have become not much more than ornaments on my dusty bookcase. So, rather than jumping straight back into the Nietzsche of my college days, I’ve taken a more “softly softly” approach to reintroduce the “proper reading” habit:

Today, I moved from ‘the freelance revolution‘ a chapter in The Agile Secret to a segment of Homo Deus discussing the comparison of relative quality of life between stone age hunter-gatherer tribes and industrial age factory workers. Harari makes some excellent observations. He points out that advances in process, technology and cooperation, while greatly advancing the collective productivity and success of our species, have done little good, and arguably a great deal of harm, to individual wellbeing. (Read also his commentary on industrialised farming practises).

Following on the heels of Jonna Sercombe’s observation of the growing shift to agile, freelance working practises, I was struck by the parallels.  Considering the environments of the three tribes mentioned in the various books, I came up with this:

The hunter-gatherer is fast, light and flexible. They travel light and migrate at will, carrying the few tools necessary to survival, finding/making everything else as required.

Meanwhile, the industrial worker is tied to the production line and dependent on the machinery that enables mass production.

The Industrial worker suffers in comparison with the hunter-gatherer. A limited diet. Cramped living conditions. Pollution and repetitive work. All of these contribute to a significantly less healthy existence. Overcrowding and disease feature heavily.

The freelance worker has a laptop, credit card and passport. Done. This is the category I most identify with. In the past year, I have worked on planes (right now), on boats, on Swiss mountains and on Vietnamese beaches. We have an office, but we only go there because it is fun.  There is nothing there that we need, or cannot move.

Freelancers tend to be reliant on their energy, creativity and drive to find each new gig. Making time for health, exercise, meditation as a drive of performance is now recognised as a standard requirement for success. It allows us to find the richest hunting grounds, and chase down the juiciest game.

The Age of the Digital Hunter-gatherer 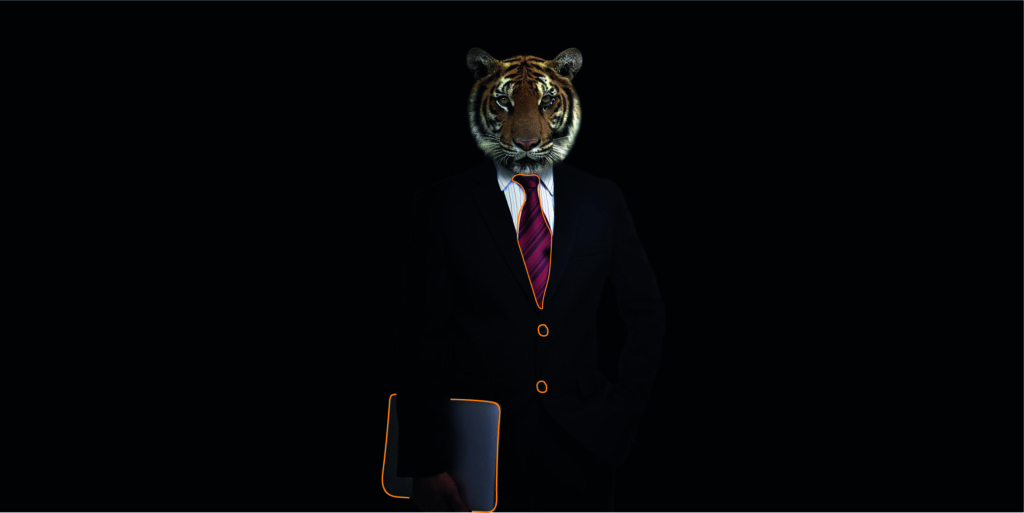 Are we then entering a new age, that of the digital hunter-gatherer? I have a friend who has, in the past year, fully embraced this nomadic lifestyle.  He travels the world, thriving on a diverse career diet of YouTube videos and online training courses, supplemented with occasional mammoth kill consulting gigs. He is a bona fide member of a global tribe. He’s comparing notes about the best camp sites. He’s hunting and foraging grounds where other hospitable clans are located from North Thailand to South America. Comparing this to the grinding existence of under-stimulating ‘conventional work’ doing the same thing each day for long hours, the more “natural” approach seems clear.

As someone who has always valued a ‘simple’ life, this idea really appeals to me. I am not a freelancer, but living and working in an agile agency I certainly identify with the points above. I like the thought that the growth of the freelance economy and agile working may offer a balance to some of the social and psychological ‘pollution’ of the industrial working age.

If nothing else, I will need to keep reading. Any recommendations for my next book?