Time to do our own research…

Here at IW Towers, we are often to be heard quoting and discussing research done by others. Stephen Covey’s 7 habits of highly effective people, Katzenbacher & Smith and their work investigating high performance teams to name two. We do love a bit of info about Project Aristotle at Google Research concerning psychological safety too and sometimes we can be found debating Thomas & Kilman’s conflict handling modes…
So to this end, we thought it was time we got in on the act and conducted some research of our own.
We improve the performance of teams from global organisations. For example, we improved the performance of a global engineering company to increase annual growth from 6% to 43%. So naturally, we’ve been wondering… which retailer has the highest performing chocolate yule log?

Introducing Interactive Workshops very own Hunt for The Golden Yule.
Each week, the team will be blind taste testing a different Chocolate Yule Log from a major retailer, scrutinising their appearance, texture and taste – all in search for the highest performing chocolate log. The ‘golden yule’. The team are conducting this research sacrificially and purely in the name of public service, because after all, it could help you make that crucial decision as to which brand of yule should be the centrepiece of your Christmas afternoon tea table spread.

In this first episode of the series the team is divided. Is this an above average or below average yule? It’s fair to say Andy wasn’t impressed. 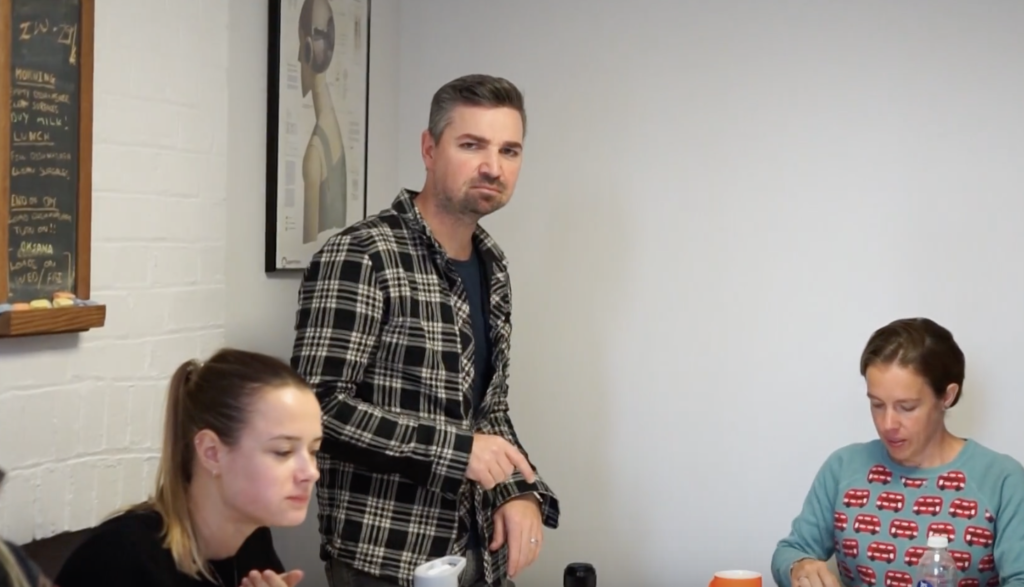 Other team members scored the yule log much higher, with it ranking well in the ‘chocolatiness’ category. But just because it’s chocolatey, does that mean it tastes good? Find out all of our thoughts and scores in episode one.
The hunt has begun… Can you guess which retailer this yule log is from?
Comment or use #TheGoldenYule on social media to let us know where you think this week’s yule is from!
Get in touch to improve your company’s performance:
info@interactiveworkshops.com