A big commute across to West London for our squad created party car rivalry in the group chat. Despite the musical civil war, all the team were pumped and united to get back to a league fixture and return to winning ways. #promotion #oneteamonedream. Bedfont Sports Club gave the game a sense of occasion with a state of the art 4G pitch inside a stadium complex, complete with tunnel and club shop – we were in heaven! The icing on the cake was the huge welcome by number one fan and sponsor Jonna and family (Steph, Joseph and Annabelle), posted in the dugout and kitted out in our away strip – let the game begin! 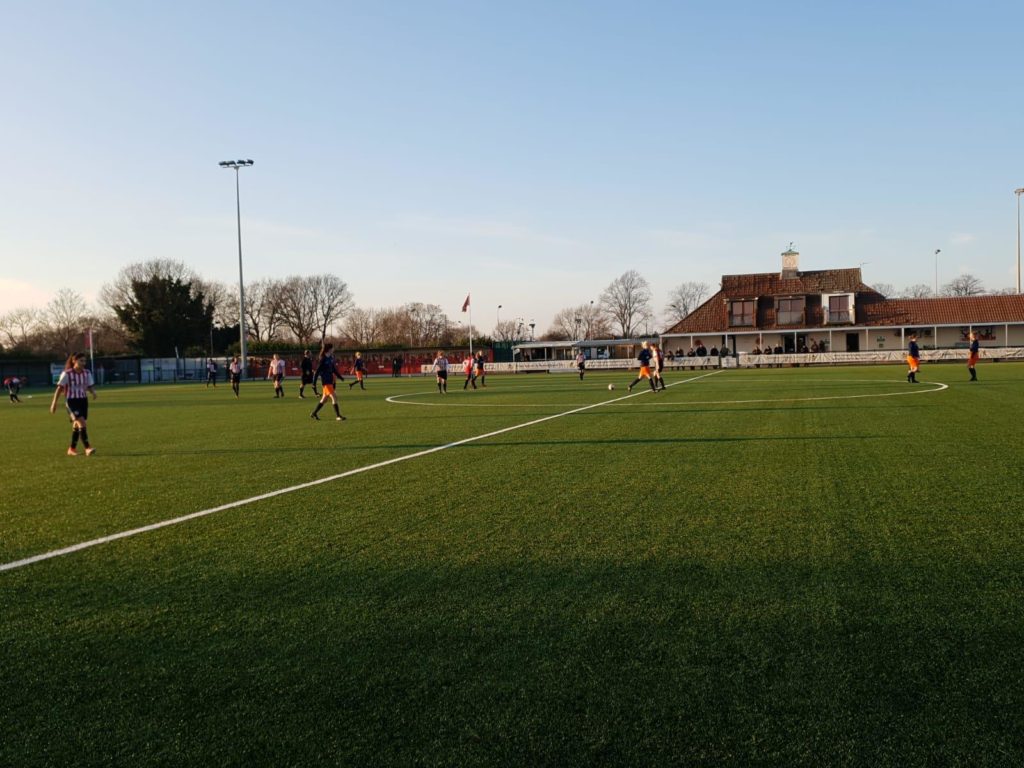 With the return of our powerhouse Naomi, we were first out the starting blocks. Playing the high press, our top three burst into the game chasing Brentford’s back four and forcing them to play nervously in their 6-yard box. A sensational strike from Gurpreet bounced off the crossbar but didn’t roll over the line – the hunt for the first goal was on. We didn’t have to wait long. Soon the work rate paid off and Stokey went 1-0 up with a superb strike from Ciara Monahan (a clear challenge for goal of the season). A huge roar was heard from our fans. However, it wasn’t long before Brentford get themselves back in the game with an equaliser after smart play down the channel. 1-1. The pressure was back on. We kept running and forcing mistakes high up the field. We were soon rewarded when Naomi burst through the defence and knocked the ball into the path of my feet and I slotted it past the keeper. 2-1 – back in the driving seat.

Brentford didn’t give up. They were hungry to get back in the game and kept the pressure on our back four, but we matched the fight with some top-quality battles and always came out on top. Phoebe Matthews commanded the back line and directed the team to ensure nothing got through. A phenomenal counter attack gave Stokey a third goal with a bit of commotion in the box and a big toe from me. Stokey go 3-1 just before the break.

Half time changes from Player Manager Alice Nutman mean we bring on Stokey veteran and centre back legend Anni and the formation swaps to 4-5-1.

Tactics pay off and we dominate the second half. Harriet and Naomi keep winning those battles in the wide areas forcing mistakes from Brentford’s defence and I pick up the ball to make it 4-1 and a hattrick that sends the fans wild.

Brentford know they need to make a change so bring on two fresh central midfielders who give them a much-needed lift. Brentford’s number three keeps sending incredible balls down the left back channel, but Stokey’s left back Alice Bae Williams is one step ahead and beats the right winger for pace and strength every time. However, a moment of weakness sees Brentford’s number three get a yard of space and Stokey concede 4-2 and Brentford pick the ball out of the next, looking hungry for more goals. Alice and Saskia settle the midfield with some great link up play making Stokey look dangerous again – Brentford defence are panicked – the centre back sees Naomi charging towards her and buries the ball into the back of her own net! 5-2 Stokey. 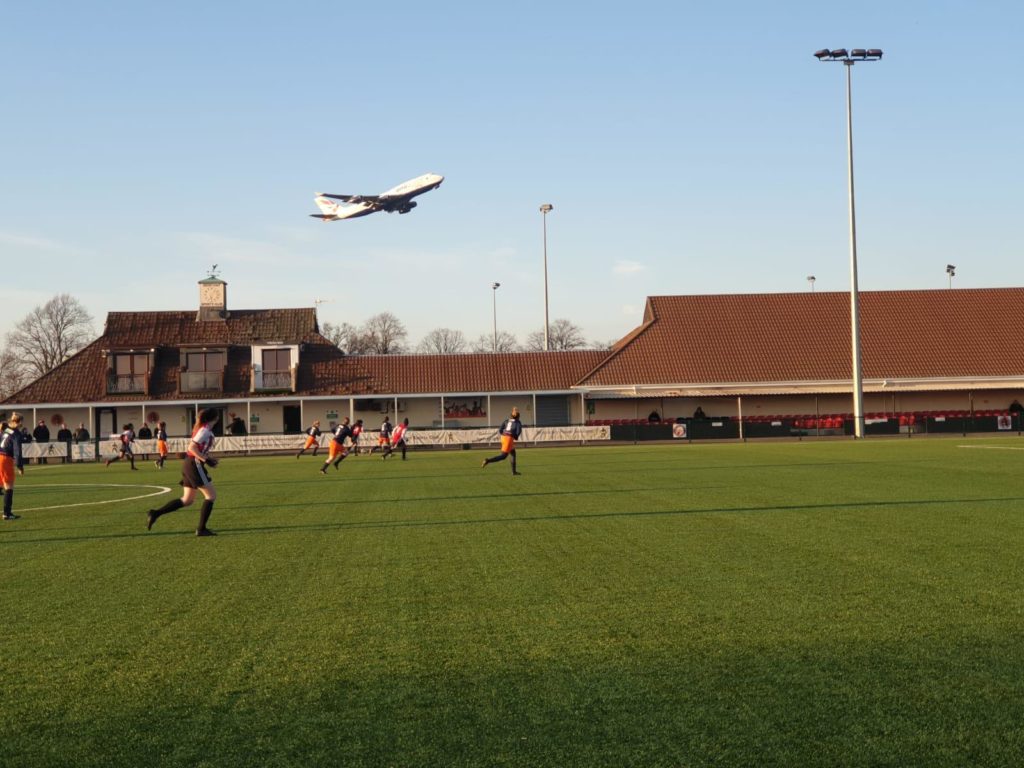 Brentford press again, and with a top draw strike from their striker they earn a third goal. 5-3. Wow – so many goals! The battle moves to Stokey’s right channel. Right back Emily Farmer relentlessly shields the defence and plays some excellent long balls up the pitch. Continuous attack means that Brentford win a corner but Stokey’s fearless keeper Polly Adams leaps out and claims it. That settles Stokey’s nerves. Stokey press again and this time we win a corner, Monahan floats the ball straight past Brentford’s defence and it is Harriet who cleanly takes it in her stride, making it 6-4.

It’s gritty now and challenges are flying all across the pitch. The number 3 for Brentford gets a yellow “for five fouls on the same player” …thank you, ref! Brentford win a free kick in a dangerous area and the ball bounces in and is smoothly finished by Brentford number 17.

Stokey have all the possession now and the play is confident. We are moving the ball well when Saskia makes an incredible run. Following some tidy footwork, she sends Brentford centre back straight to the shop.  She calmly slots the ball top left, ending a classy run of goals for Stokey.

Full time and that makes a 7-4 victory to the mighty Stokey. The fans are cold but ecstatic to claim another three points. Stokey stay well on track for a top table finish.