Are you ‘inflectious’? An ‘inflection point’ is a turning point – a decisive moment or event that marks the start of a significant change in a situation. Andy Grove of Intel coined the term ‘strategic inflection point’ to describe the point after which continuing the status quo would lead to certain failure.

On a graph showing revenue growth versus reducing costs, a strategic inflection point would interrupt a line with a downward trajectory curve, causing it to begin to curve upwards.

Our leadership model looks at four types of leading, which can happen at all levels. At the peak is Inflectious Leading. 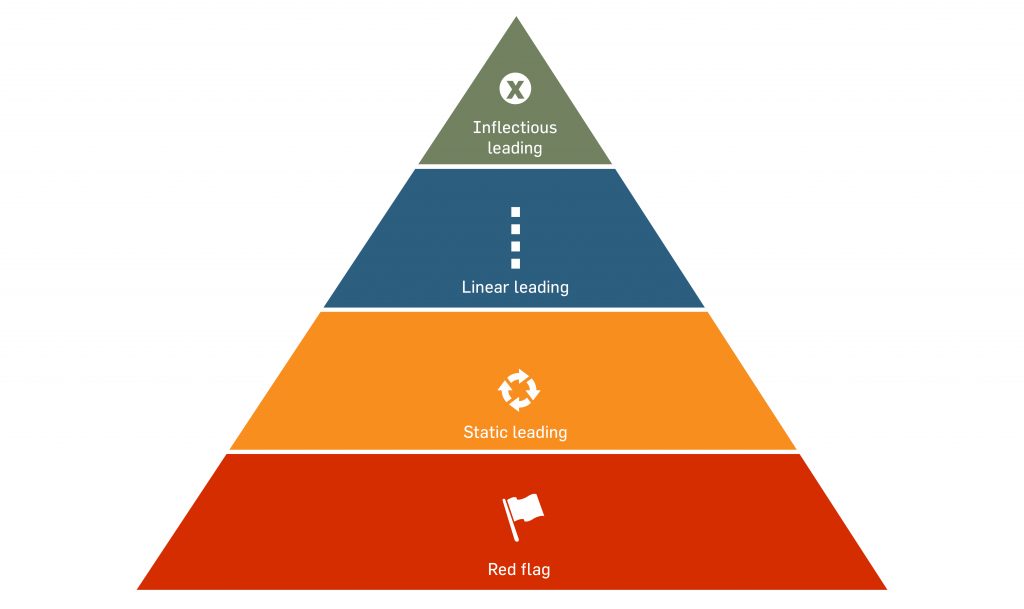 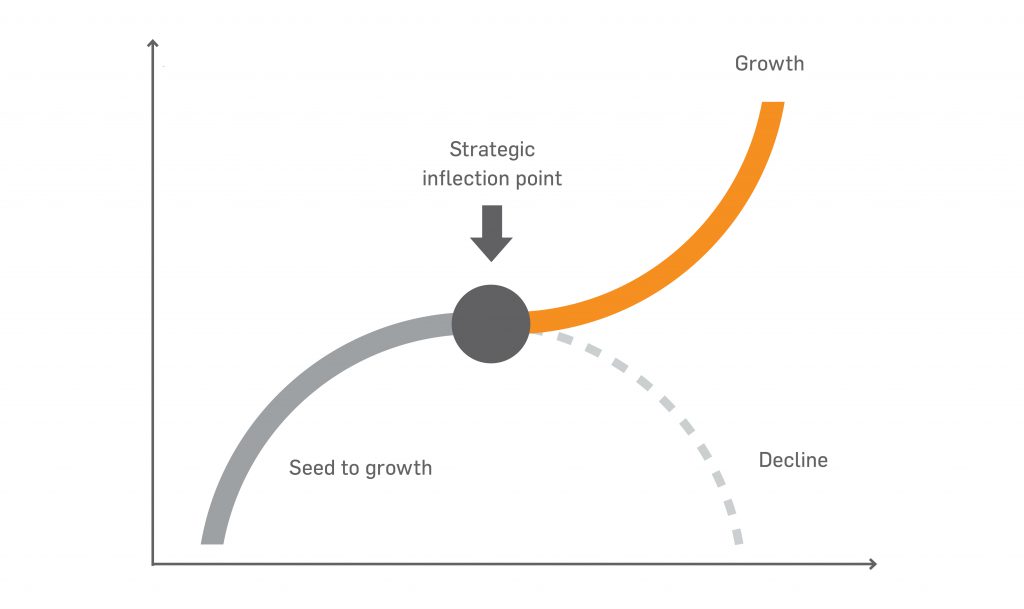